Please enter your username or email address. You will receive a link to create a new password via email.

Guide to Cost of Living in Vietnam 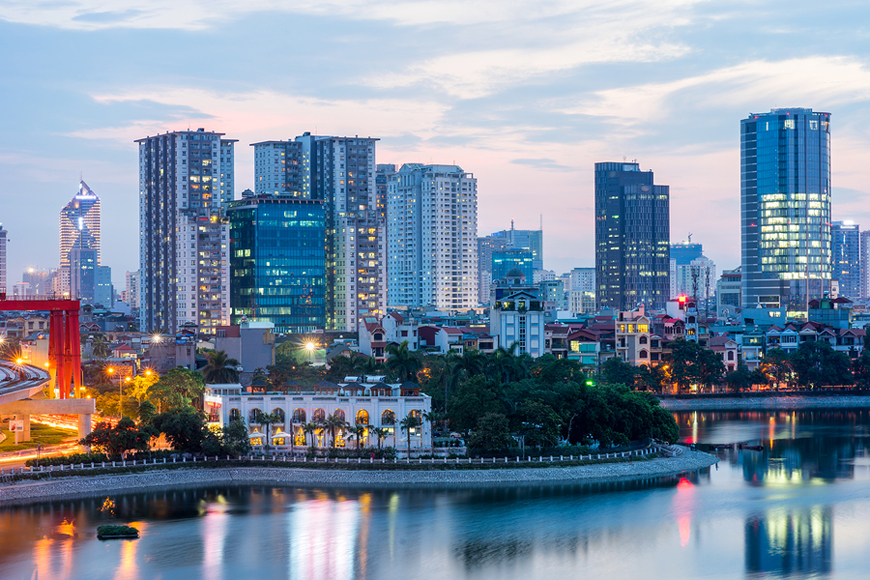 If you’re planning on moving to Vietnam, here’s a helpful guide to the cost of living there and a breakdown of monthly expenses.

Vietnam is a popular destination for expats and retirees who choose to live in Southeast Asia. The quality of life tends to be better than many of the neighbouring countries. The cost of living is generally low and there’s a big variety of delicious food.

In Ho Chi Minh City, you’ll find a lot of entrepreneurs and digital nomads living there. In Hanoi, there are a lot ofteachers. There are also many Americans who have fought in the Vietnam War and chose to retire there.

Aside from the two largest cities, there are beautiful beach towns that really add to the country’s charm. So depending on where you decide to live in the country, there are different atmospheres.

If you are considering moving to Vietnam, here’s an idea of what the general cost of living will be like. It’s important to keep in mind that these costs are based on having Western-style amenities. The locals live on a much lower budget. Unfortunately, the more expats there are in a city, the more the prices go up for both expats and locals.

Living expenses will vary based on your lifestyle, including the type of housing, if you eat out or cook, the types of food you get and if you go out a lot.

High speed internet is easy to find in Vietnam’s large cities, even in cafes. Smaller towns will also have internet but might not be as fast and reliable. WiFi is available for free in a lot of cafés, but even internet cafés are inexpensive.

Internet might already be included in your rent. If not, you’re looking at around $8-$13. There are always more expensive options, but they’re usually unnecessary.

It’s very cheap to get a generous package for your phone. Stick with one of the three major operators: Viettel (largest), Vinaphone and Mobilefone. A SIM card can be bought for less than $5 and you’ll usually have minutes included already.

As tap water is not safe to drink, you will need to buy water. However, it’s not an expense to worry about. You can get a reusable 19-litre jug for less than $1.

For an international school, tuition fees can vary from $4,300 all the way to $27,000 per annum. For more detailed prices.

Hanoi is Vietnam’s capital and it has a big expat community. There are plenty of lakes that add to the charm of the well-preserved colonial architecture. Renting an apartment here will likely require a deposit of one month’s rent and you’ll need to pay three months’ rent in advance.

Ho Chi Minh City, also known as Saigon, is Vietnam’s largest city. It’s a business hub in its own right, with many high-rise buildings and over 300,000 businesses. There is a large expat community there and a lot of activities but expect a lot of noise and air pollution.

Hoi An was recognised as a World Heritage Site by UNESCO in 1999. The Old Town has many temples, pagodas and ancient homes. It’s full of culture and it’s famous for its diverse food options. It’s also very close by to the beach.

Example of a $1290/month couple budget